The book AmaBhulu makes it abundantly clear that Democracy is an inappropriate mechanism where there is not a suitable base of civilization to underpin it. Fundamentally, it is beyond infantile to assume that someone who attaches no value to another person’s life and property would have any respect for that other person’s opinion. Without that basic concept, Democracy is nothing but farce. Events in the Middle East, and Syria in particular, have now proved this beyond any shadow of a doubt. 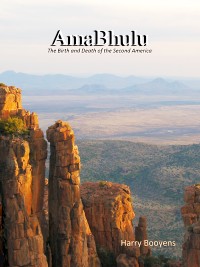 In South Africa we see “bestowed” Democracy at work, and it is not a pretty picture. The country is coming apart on the watch of a Communist inspired and Soviet trained National Socialist and brazenly racist organization called the African National Congress. In the cities, one finds all the trappings of Western Civilization and everyone plays along to pretend that one is in a civilized country where there is respect for the individual and for the institutions of civilization. But, it is in the rural areas where the truth is rather more difficult to paper over and fewer people see merit in pretending.

In another post under the title Heart of Darkness we described the slide of South Africa under the ANC and Jacob Zuma toward a scenario of the same title which is basically that of the classic “African Basket Case” (see diagram below). And so, it should not be too surprising when the realties of Africa start showing through. 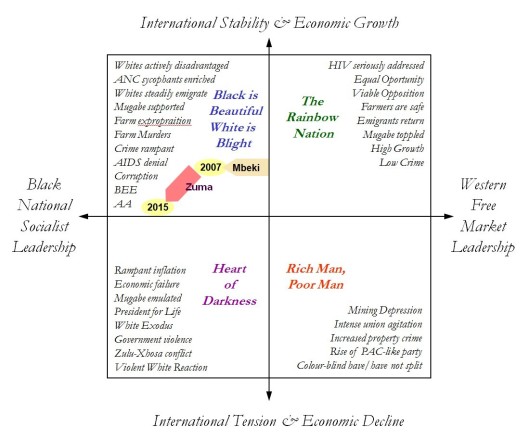 The ANC would have the innocent international observer believe that it can flip a switch in the universe in 1994 and thereby do away with Tribalism when the party itself institutes brazenly racist anti-white legislation. Yet, the ethnic Genocide in Rwanda happened outside the view of the world’s reporters at exactly that time, because they were all in South Africa, hoping to catch pictures of white people being murdered in anticipated “reprisals for apartheid”. Richard Dowden makes that point in his book “Africa”. It actually says more about news reporters than about Africa.

This brings us to the matter at hand, which is the unrest at Vuwani in Far Northeastern South Africa, shown below. Some time ago, the ANC government started tinkering with the district boundaries in the area. It would seem the AmaShangaan tribe was unhappy with the boundary between them and the vha’Venda people, and hence the adjustment. However, in the process they have now included the vha’Venda town of Vuwani, which was always in the Louis Trichardt district (now named Makhado), in the AmaShangaan dominated district of  Malamulele. The map  provided here (click to enlarge) also shows the historic capitals of the two nations, Thohoyandou for the vha’Venda and Giyani for the AmaShangaan.

While the Shangaan people have adopted the Tsonga language and culture, they do not always take kindly to that name. They originally came as the Ndwandwe under Shoshangane from far northern Zululand, under threat from the amaZulu under their  leader Shaka. They first created a Kingdom in Mozambique, before moving to South Africa around 1862, after white people had settled that part of the country and centuries after the vha’Vhenda.

The actual original Tsonga people object to being called “Shangaan” and the vha’Vhenda, in their turn, have never really been happy with the presence of the amaShangaan. I have evidence to that effect from 1917 in the documented testimony of vha’Vhenda leaders. The same documentation shows that at least one of their chiefs still considered himself “Zulu” in 1917.

The “white” towns in the region are Louis Trichardt, Messina (now Musina), and Alldays in the west. Further south is the major town of Pietersburg, also now renamed to a “Black” name, Polokwane. 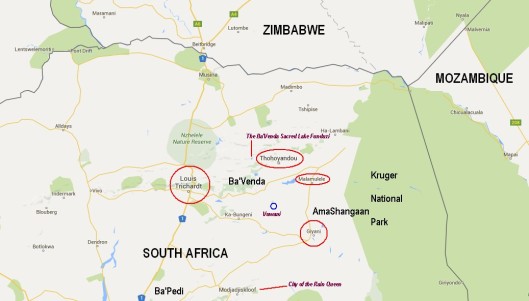 The amaShangaan belong to the same family of nations as the amaXhosa, amaThembu, amaPondo, amaBhaca, and amaZulu, collectively known as the Nguni nations. In the interior of Eastern South Africa the various Sotho peoples, such as the ba’Sotho, ba’Tswana, ba’Pedi , ba’Tlokwa, and the ba’Rolong hold sway. One interesting interior nation is the small offshoot of the Sotho peoples known as the Lobedu. The queen of this group is the famous “Rain Queen” of H Rider Haggard fame. She is also known as “The Modjadji“,  H. Rider Haggard referred to her as “She who must be obeyed“. Her home is indicated on the map above.

The vha’Venda are a completely distinct group of Black people in far northern South Africa and their family names are also very distinct. They have more in common with the Ma’Shona people of Eastern Zimbabwe—Robert Mugabe’s people. The vice President of South Africa, Cyril Ramaphosa, is a Venda. Historically they live at the foot of the Soutpansberg mountain range, inside of which one finds their sacred Lake Funduzi and the sacred forest south of it. They have a long history as ironmongers and ironsmiths. The young Black metallurgical engineers I have dealt with were all Vendas. As far as this author is concerned, they are in a league of their own as a Black people in South Africa.

In the past week, the Venda people of Vuwani have made it quite clear that they will not submit to Shangaan people. Says 28 year old Steven Mulaudzi, and assistant driver in the banana industry,

We cannot be ruled by the Shangaans. 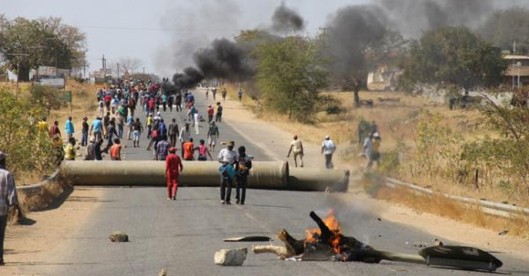 To make their displeasure known, they then burned down their own schools. This pyromania is a uniquely African way of expressing unhappiness, and was promoted by the ANC in the 1980s in order to make the country as a whole ungovernable. It is interesting to watch them suffering under their own teachings. It could not happen to “nicer folks”. More can be read in the Reuters article on the subject. There are also Youtube videos available to make the point quite clear.

What is more profoundly illuminating, is that it shows that the old white government was right to separate the various Black nations into their own territories, which the rest of the world referred to dismissively as Bantustans. The following map shows the old homeland territorial division in the same region.

Yes, the separation line between Venda and Shangaan Homelands on this old 1970s map runs exactly at Vuwani. It seems the vha’Venda prefer what the white man did under apartheid.

Also, now that the reader can see what the division of the land actually was “under apartheid” in this generally arable area among (1) the Kruger National Park, (2) the white folks, (3) the vha’Venda, (4) the amaShangaan, and (5) the ba’Pedi it somehow does not seem quite as skewed as the Western Media would have you believe. The media prefers to include the deserts of South Africa and areas where there were never any black people anyway. This inflates the numbers and  invokes outrage on the part of people too far away to confirm anything for themselves.

Note that the homeland sections shown here are generally higher country with higher rainfall. When one is in the Kruger Park, one always sees the beautiful towering cumulonimbus clouds hanging over the black homelands to the west. The Northern Kruger Park, shown in the map, is generally dry tropical scrubland turning to trees near the few rivers and towards the higher west, where the rainfall improves a little.

The Modjadji lives in particularly beautiful mountainous countryside with deep forest and cycads (below). Most of the Venda and Shangaan territory is quite arable. To the West of Louis Trichardt it rapidly gets drier. Almost all of the area in question is formally in the Tropics, north of the Tropic of Capricorn, so that frost is a pretty foreign thing and snow is a crazy thought. 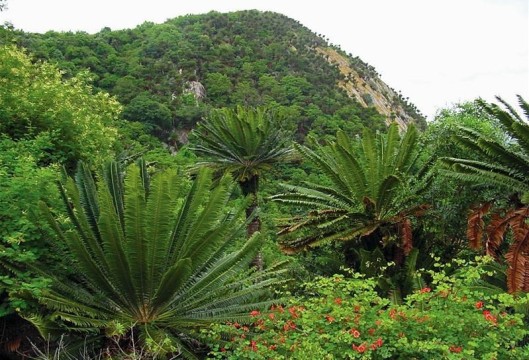 I wonder what the Western Media would make of white people protesting by burning their schools down, demanding a homeland in beautiful well-watered country, and then complaining about black people not giving them jobs? What if they were to complain about being ruled by black people, just as the vha’Venda complain about being ruled by the amaShangaan.

We all know the answer. They’d be called “racist” and “uncivilized”. It is just that the Anglophone world cannot conceive of having to live under the rule of another civilization, having never lost a war on own soil since 1066. They are a little uncalibrated, so to speak.

1 thought on “Welcome to Africa- Democracy and The Tribe” 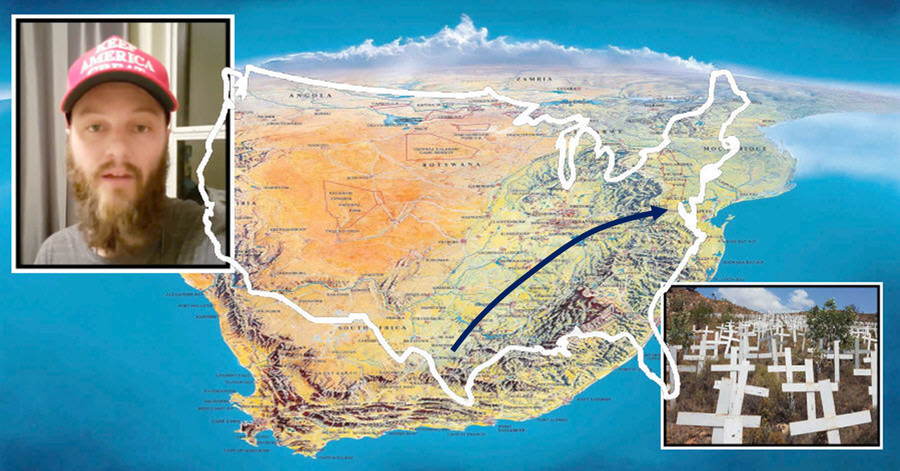 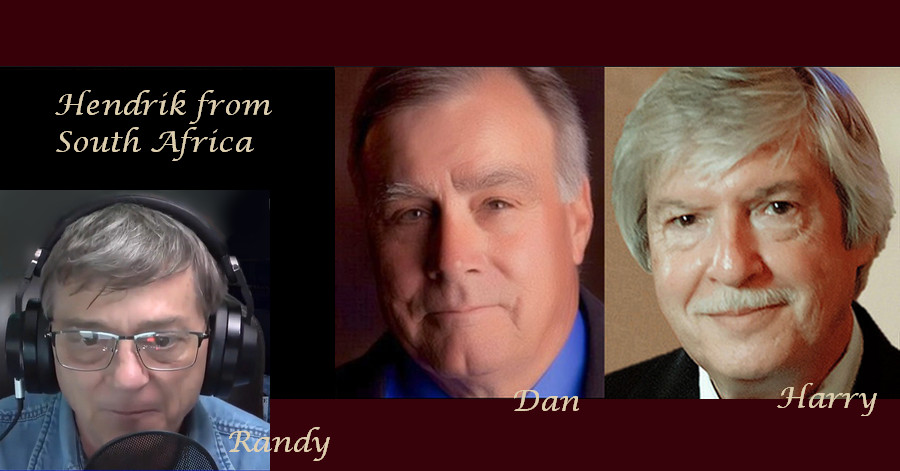 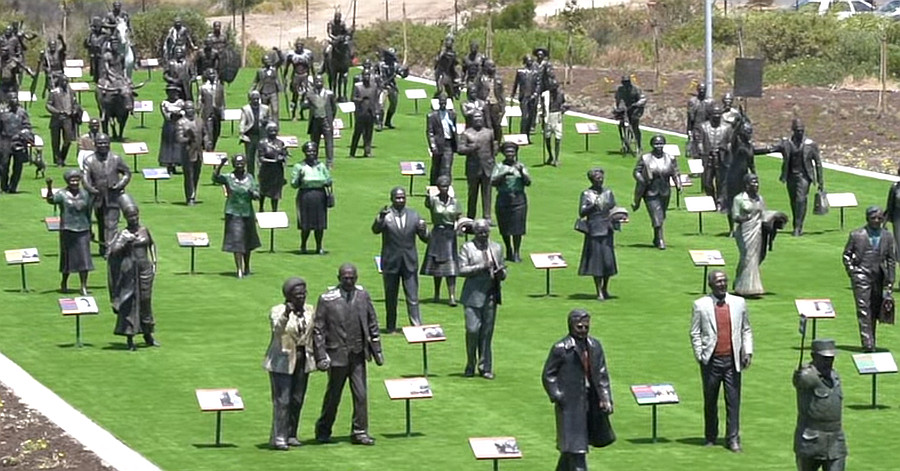 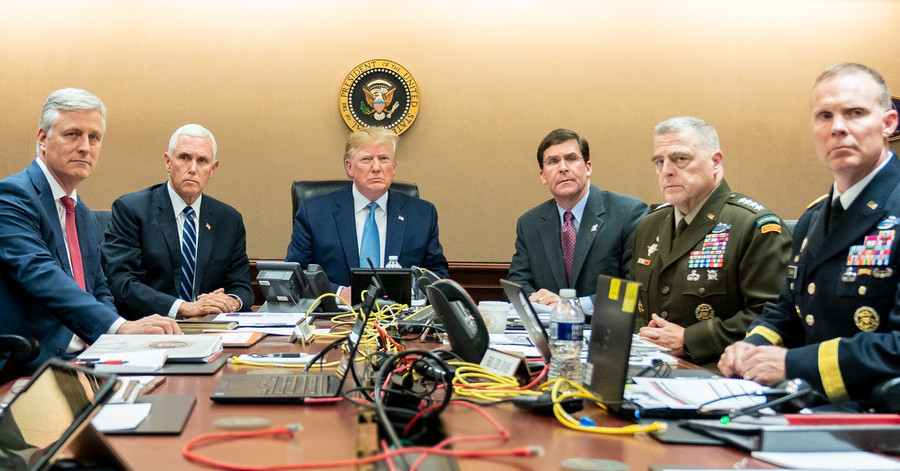 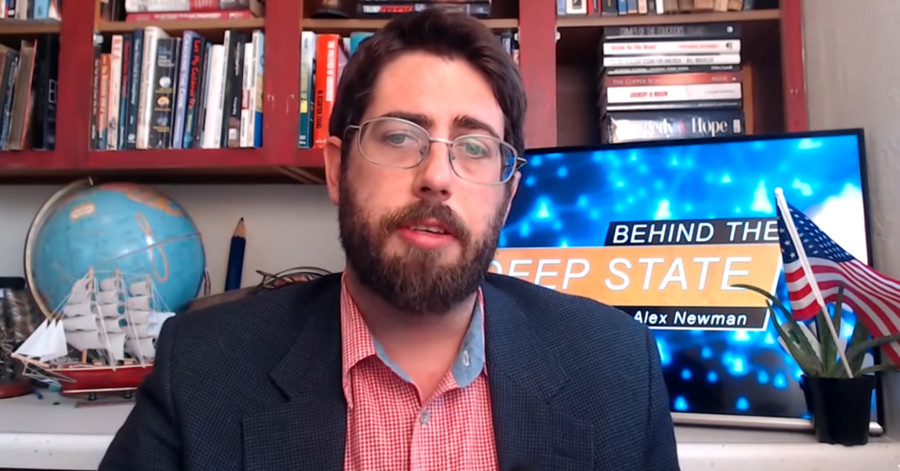 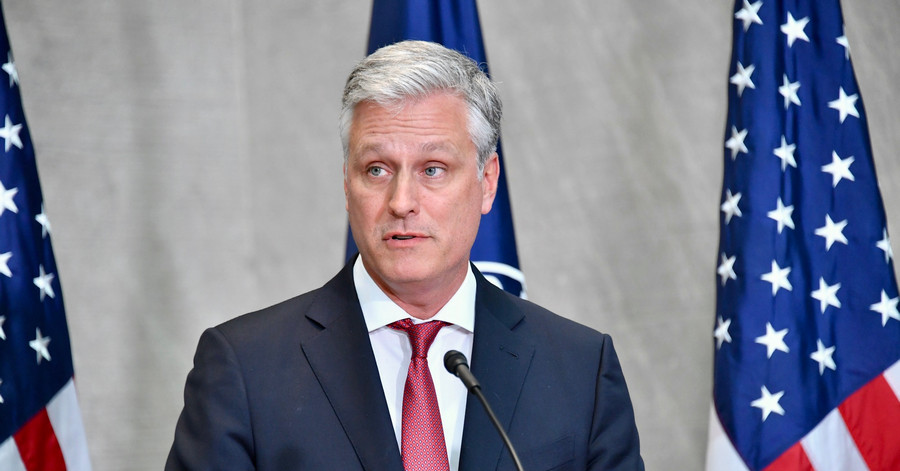 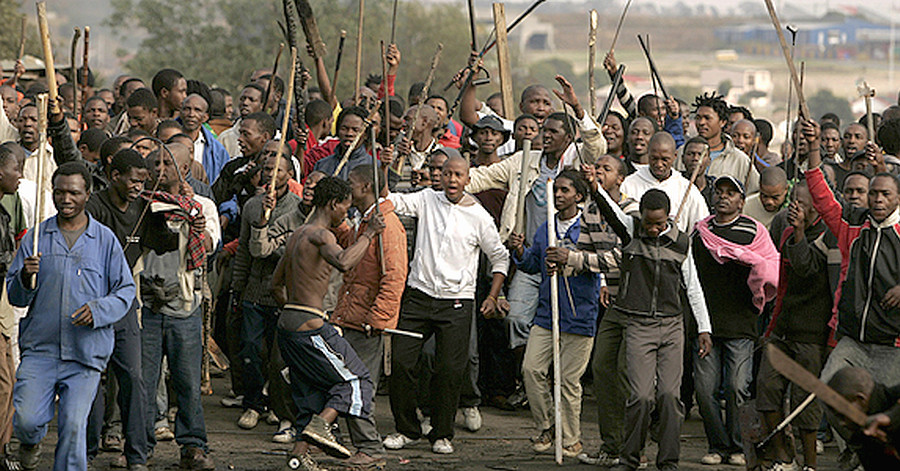 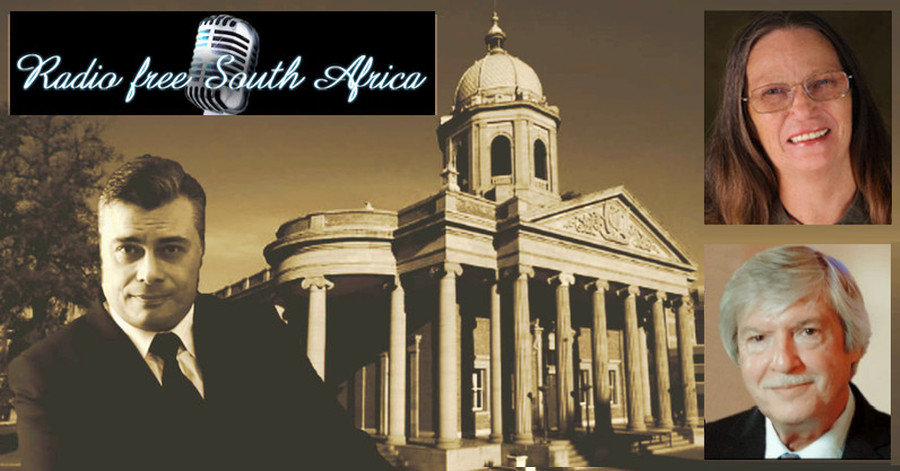 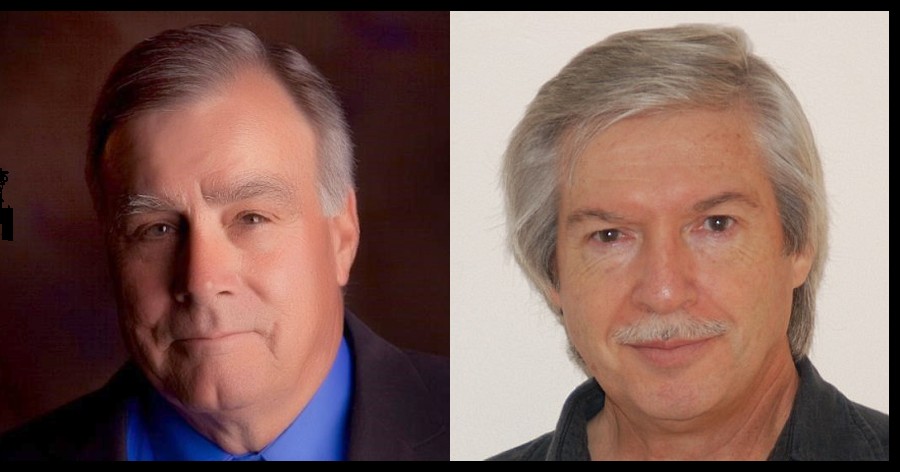